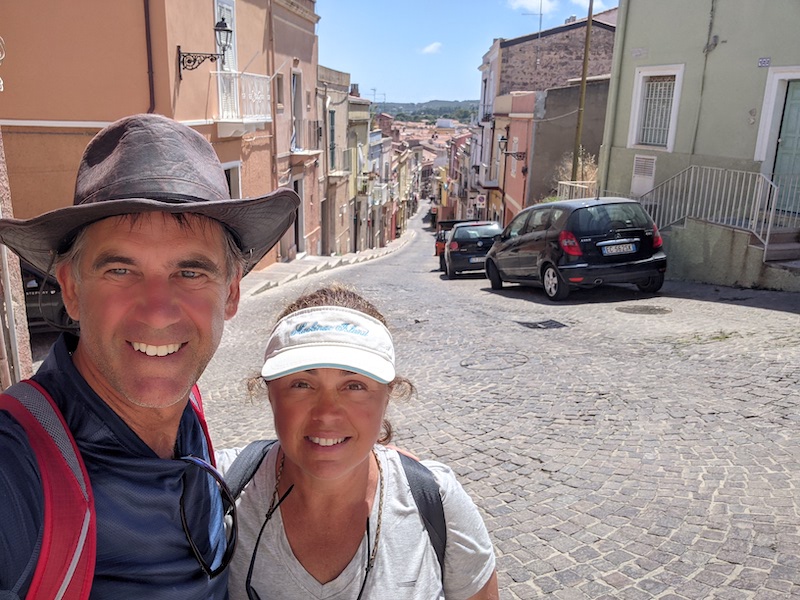 As a group, sailors complain a lot about the wind. Either it is not enough, or it’s too much, or it’s come from the wrong direction. Karen and I are likely further jaded by the tempestuous weather of the Med, and the often repeated refrain, “There’s either no wind or too much of it!” But in reality I don’t think it’s a Med-specific phenomenon. When we sailed throughout New England with our young kids, there would be many summer days where we’d be searching for a breathe of wind. As a kid, with my Hobie cat off the beaches of San Diego, it wouldn’t take much to accelerate through the water, yet I spent many weekend days floating on a glassy sea. There’s nothing particularly wrong with this. Sometimes the gift the water can give to us is merely the peace and separation from our troubles ashore. But sometimes you have a destination in mind. And having a suitable wind speed and direction is a highly preferred companion to your solitude.

We knew our stay in the Egadi Islands of western Sicily was going to be cut short. The forecast would only allow us to stay one night. If we didn’t leave right after that, we’d have at least 2-3 days of headwinds to wait out before the crossing to Sardinia. The weather window was now and we had to strike while the iron was hot. The only wrinkle was the wind direction. While the forecast called for about 15 knots of wind, ideal in most situations, it was going to be coming from our stern. The adage, “Fair winds and following seas” is more of a carryover from the old square-rigger days, when the only winds these old ships were designed to handle was from nearly behind you. The modern rigged sailboat can take winds from astern, but is best suited for winds from the side (beam reaching) or close-hauled (at about 45 degrees to the wind). In truth, not many sailors like to go directly down wind. The boat moves slower, the inevitable waves generated by the winds easily push the boat off course, and the motion onboard is a double axis gyroscope of sorts, with the boat rocking from side to side, while also pitching forward and back.

END_OF_DOCUMENT_TOKEN_TO_BE_REPLACED 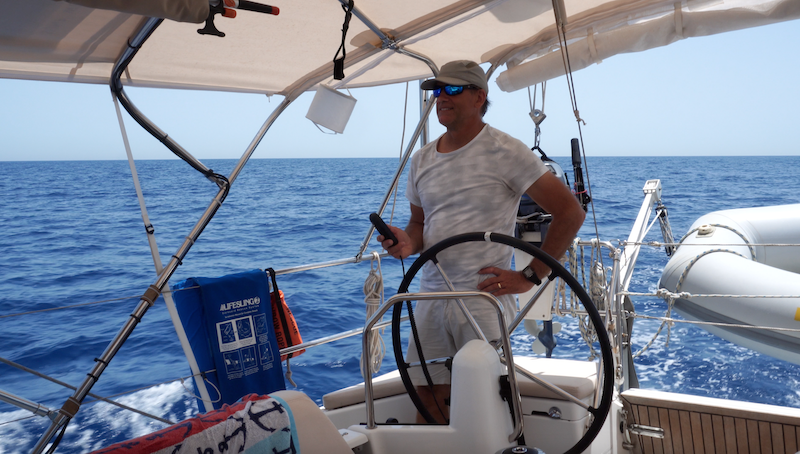 The surprise gift that was Malta had come to a close and it was time for us to head back to the big island of Sicily and continue our march westbound. Normally we sleep very well at a marina like Mgarr, on account of the few sources of worry, like dragging anchors and lumpy swells. But there had been a ‘technical problem’ with the ferry we had booked back from Valetta the night before. In the past, companies would just come out and say, hey, the engine won’t start, or the gangway won’t retract, but nowadays, with everyone appropriating the lingo of a high-tech world, it’s always just a ‘technical problem’. I think it makes it sound more like a complex NASA rocket launch being delayed because of a misbehaving sensor rather than the unglamorous nature of a recalcitrant carbon spewing diesel engine. In the end, we got back to Sea Rose and in our berth by about 1 am. I really liked Malta, but she wouldn’t let go of her grasp. Some might call her clingy!

We had about 70nm to cross to Sicily, to the harbor of Licata, which gave us a slight progress to the west as well.

END_OF_DOCUMENT_TOKEN_TO_BE_REPLACED 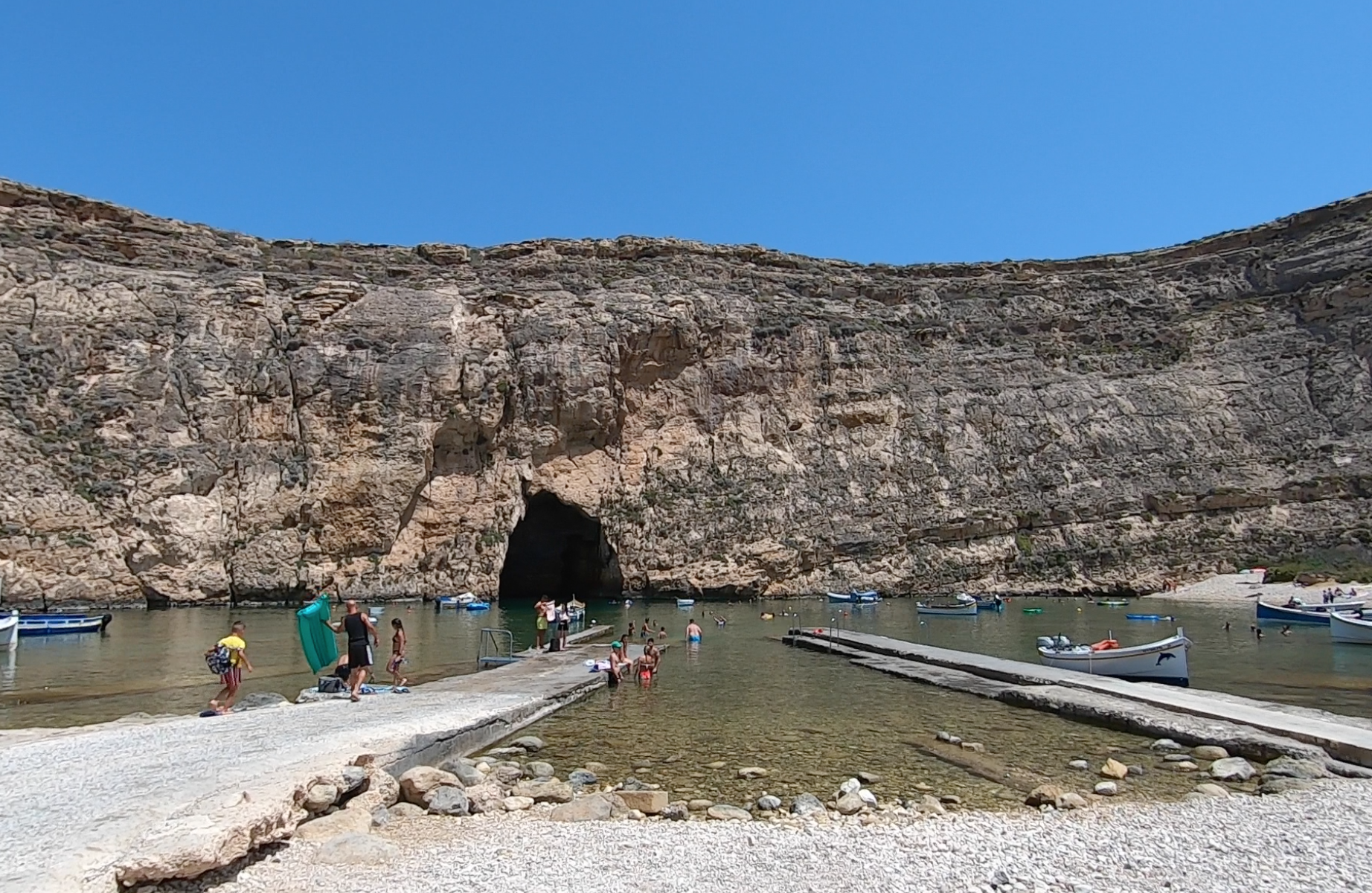 This quote is loosely attributed to Oscar Wilde, and I believe to a few citizens over the centuries living on the island nation of Malta. The spirit of the phrase would mark our amazing visit to this geographically strategic spot in the middle of the Mediterranean. The price of admission was a long day of motoring south from Sicily, about 70nm, with occasional course changes to avoid the heavy east/west shipping traffic. Sometimes it felt like we were pedestrians trying to cross a busy Los Angeles freeway. At least the seas were flat and the engineers at Yanmar apparently well paid, on account of the reliable performance of our engine.

END_OF_DOCUMENT_TOKEN_TO_BE_REPLACED 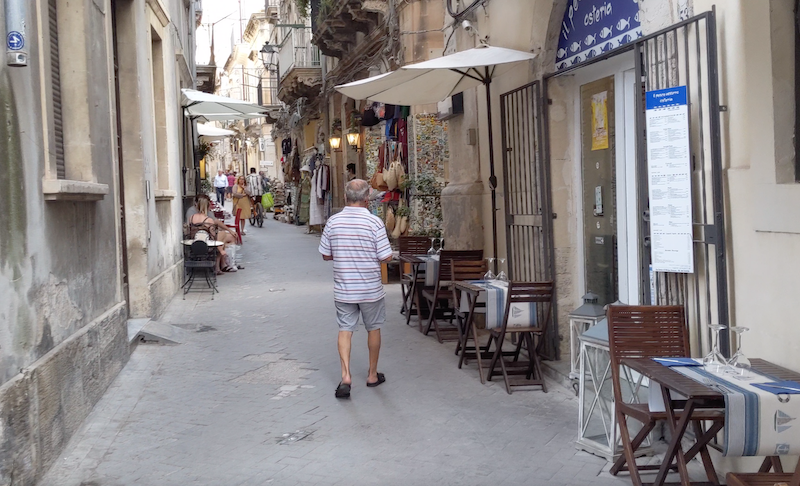 Karen and I knew when we planned this summer out that we would have several long crossings to do. With a goal of ending up in Northwest Spain by the end of the season, we would have to keep moving at a good clip and not spend as much time as prior summers ambling along the coastlines. That’s not to say that we wouldn’t stop to smell the roses. It is just that when the weather gods were in our favor, we’d have to pick up and go. Such was the case early in the morning at Argostoli, Kefalonia. We had set a departure of 0300, which would mean only one full overnight before arriving in Siracusa, Sicily the following evening, some 270nm away. As is usually the case, Karen drives us out of the harbor, and then I take over for the first watch while she goes down to catch up on sleep. I’m more of a morning person and actually enjoy these pre-dawn watches. And getting sleep whenever you can is really important on these long passages. If we are sleep-deprived at the helm, it puts both us and others in our path at risk.

END_OF_DOCUMENT_TOKEN_TO_BE_REPLACED 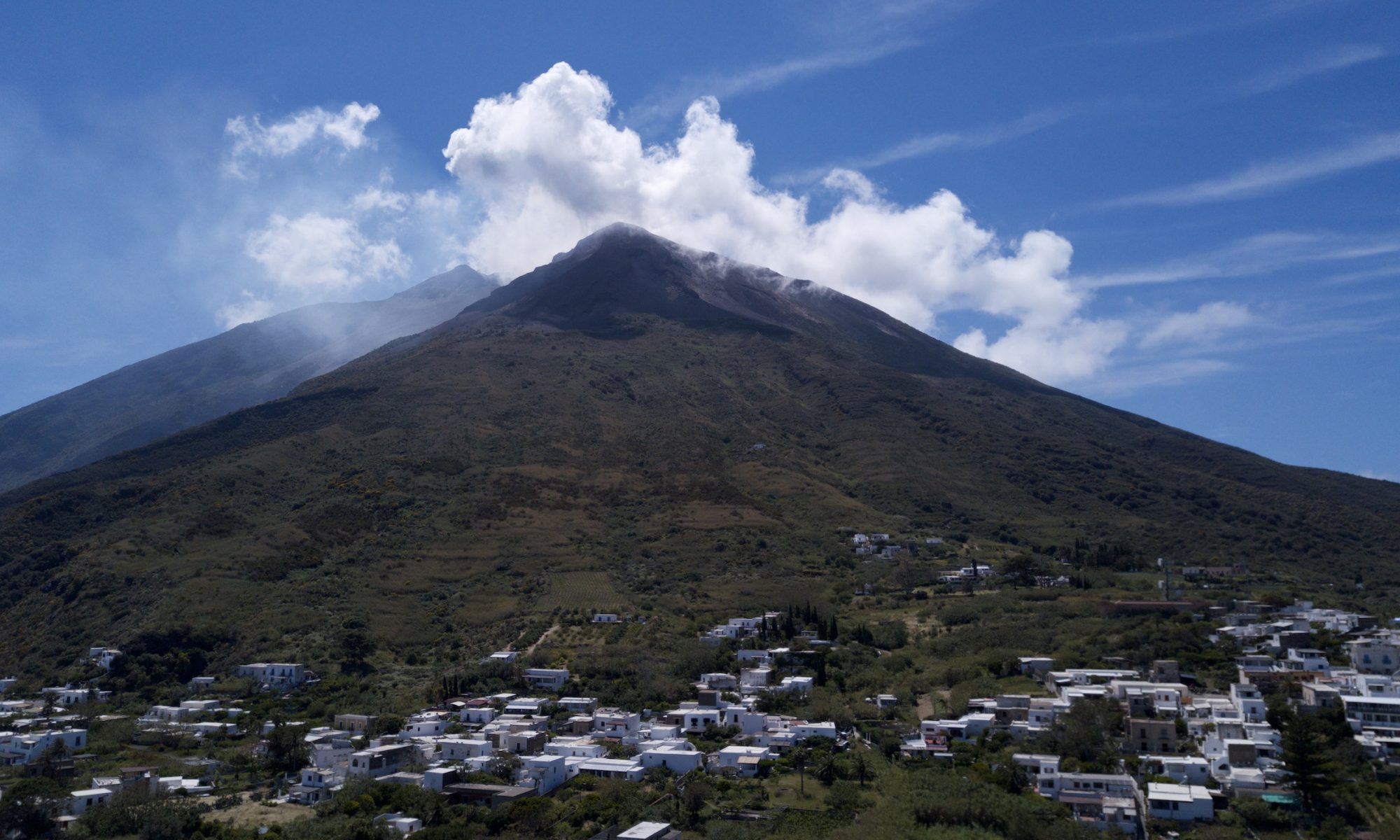 This blog episode welcomes our first guests of the 2019 summer Mediterranean sailing season on board Sea Rose. Longtime friends, Mary and Dave join us from Madison, Wisconsin. They actually ‘booked’ their date over a year in advance as they planned other travel to Europe.

Mary and Tom worked together in Oakland California almost 30 years ago at the shipping company, ‘American President Lines’. I was doing some IT consulting at APL at that time, and I met both Tom and then Mary through a corporate ski-team … yes, snow skiing, if I had a dollar for every skier I met who also sails or every sailor who skies in the off season, we’d be flying high!

Tom and Mary developed a fast friendship with once-a-week yoga evenings and plans for outings with mutual friends. They even bought a canoe together! Who knew their boating relationship would last so long? By the time I met Mary, Dave was already a well-established figure in her life – in fact, they were married!