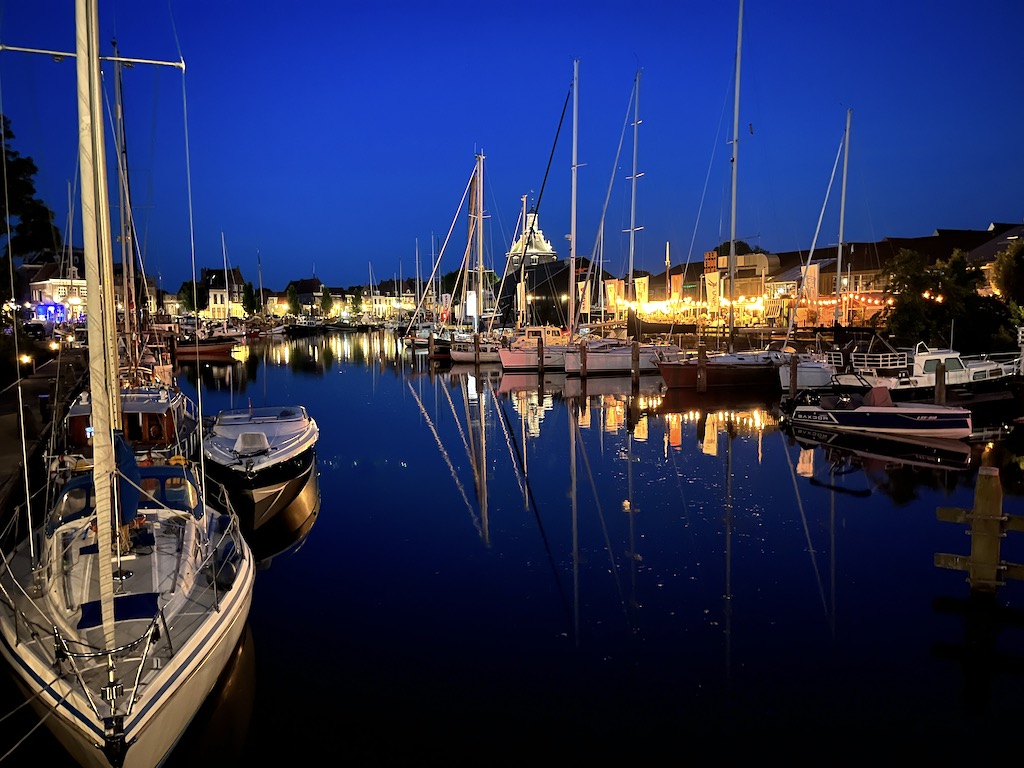 One of the curious oddities of boating in the Netherlands is the extensive network of inland waterways. We had already been on our first one – the North Sea Canal that runs into Amsterdam from the sea – but the guide book described countless others running in all compass directions, like the fissures running outwards from a cracked window. We knew they had not been built specifically for pleasure boaters – that point was made crystal clear by the numerous fleets of commercial ships plying the waters – but what pleased us was the numerous miles of ‘mast-up’ routes. Commonly, these inland waterways are crossed by low-slung bridges, forcing sailboats to either skip the route or remove their mast and rigging. But the Netherlands had made a concerted effort to accommodate taller vessels, either by constructing bridges much bigger, tunneling roads under the water, or installing lift bridges. As we eased away from the dock in Amsterdam, and passed through the blink-and-you’ll-miss-it lock at curiously named Oranjesluis, which raised us a meer 6 inches, we waited patiently for the bridge at tongue-twister named Schellingwoudebrug to open for passage. Unfolding before us on the other side was the massive inland body of water named Markermeer.