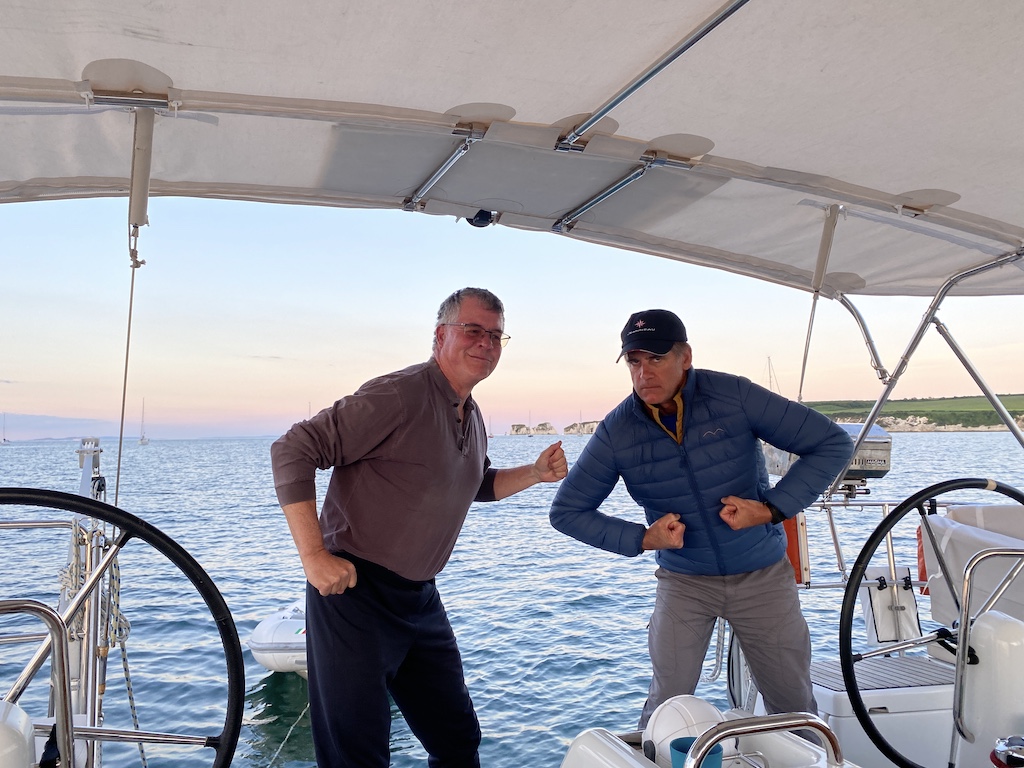 When I think of the English Channel, my mind goes immediately to the amazing athletes that have swum across this iconic waterway. It is a 21 mile endeavor at its the narrowest point from Dover. I remember as a kid seeing live TV broadcasts of these swimmers, out in the turbulent waters swimming all through the night. Enduring for so long was impressive given that I get winded swimming from one end of the pool to the other. For our crossing of the Channel on Sea Rose, we would be in the safety of our cockpit and exerting ourselves far less, but yet some of the same challenges were present. The English Channel is considered the most heavily traveled shipping route in the world, with so many containerized goods heading to Northern European seaports, as well as supertankers coming out of North Sea oil fields, and busy passenger ferries zipping around in between them all. There are designated shipping lanes – called Traffic Separation Schemes on the nautical charts – where the majority of the ships transit in and out of the Channel, but at times it can seem like bumper-to-bumper traffic on an expressway.