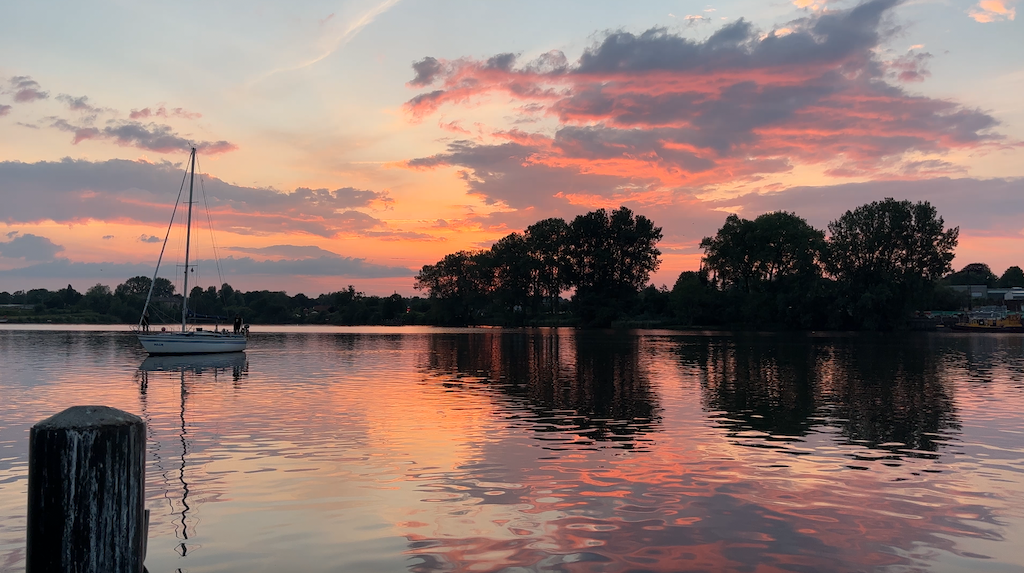 Neither of us could handle another 5am start. It was nice to know the sun had that kind of endurance this time of year, but after the big push in the last few days to get around the Netherlands and Germany barrier islands (area known as the German Bight), Karen and I needed some R&R time. Cuxhaven, at the doorstep of the Elbe River, is at the crossroads of history. Just a few steps away from our marina stood the ornate arrival hall for the Hamburg America Line which, until it ceased operations in 1969, was the major departure point for German and other European emigrants to the U.S. During World War I, the German Navy operated airships out of a nearby hangar. Today, like many coastal cities, a majority of the economy has pivoted to tourism. However, just south of the historic cruise ship terminal is a state of the art offshore wind farm assembly plant run by Siemens Gamesa. These wind turbine components are so massive, much more so than the land-based wind farms, that manufacturers strategically locate their plants at ports like Cuxhaven where they can immediately load the components onto custom built ships for transport to the offshore sites. It also frees them from any over-the-road size constraints. We got a chance to see the multi-story high nacelles (the central hub of the turbine where the gears and generator are located) being loaded onto a ship at Cuxhaven. Hats off to the men and women in this industry, doing their own pivot like other neighboring European countries, as they shift focus from oil and gas production to clean energy production.

END_OF_DOCUMENT_TOKEN_TO_BE_REPLACED 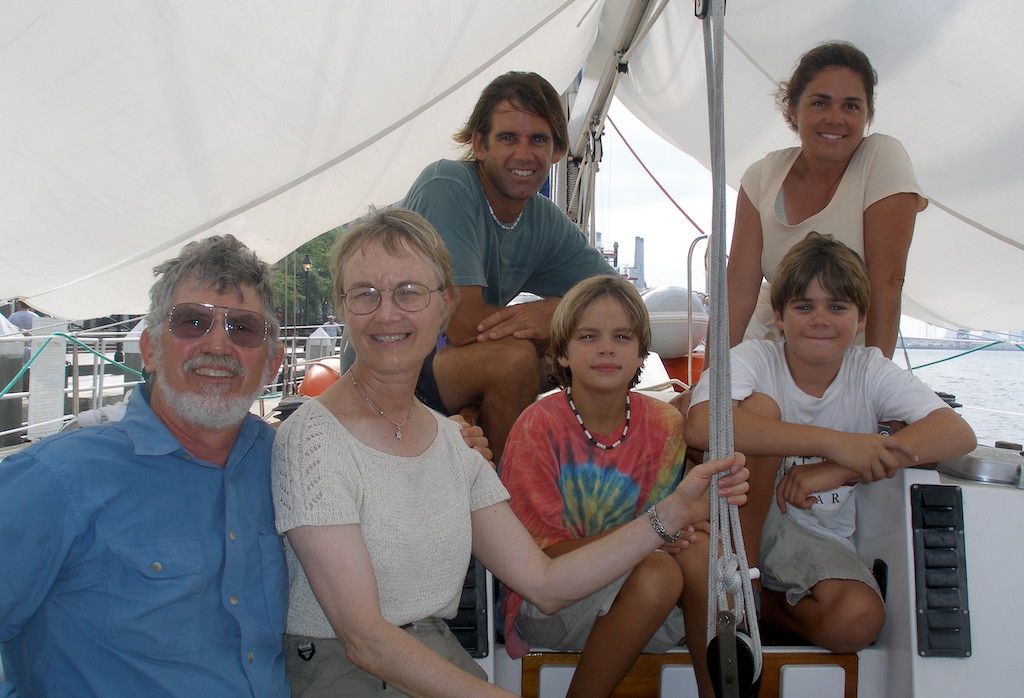 Playtime in the tide-free protected waters of Netherland’s inland waterways was over. The proverbial school-yard bell was ringing, calling us back to our main purpose at hand… finding our way into the Baltic Sea. Not only were we entering back into tidal waters, but into a stretch of narrow shallow estuaries running out to the North Sea that required precise planning so that we wouldn’t run aground. We would need to leave on a rising half tide, allowing us enough deep water for the next 6 hours before the water level started falling below half tide again. The winds were howling at our anchorage in the morning behind the Kornwerderzand lock from a low pressure system that blew through overnight, and we briefly considered tucking back into our berth to wait it out for another day. The clutches of a warm bed can be a powerful separator from one’s goals.