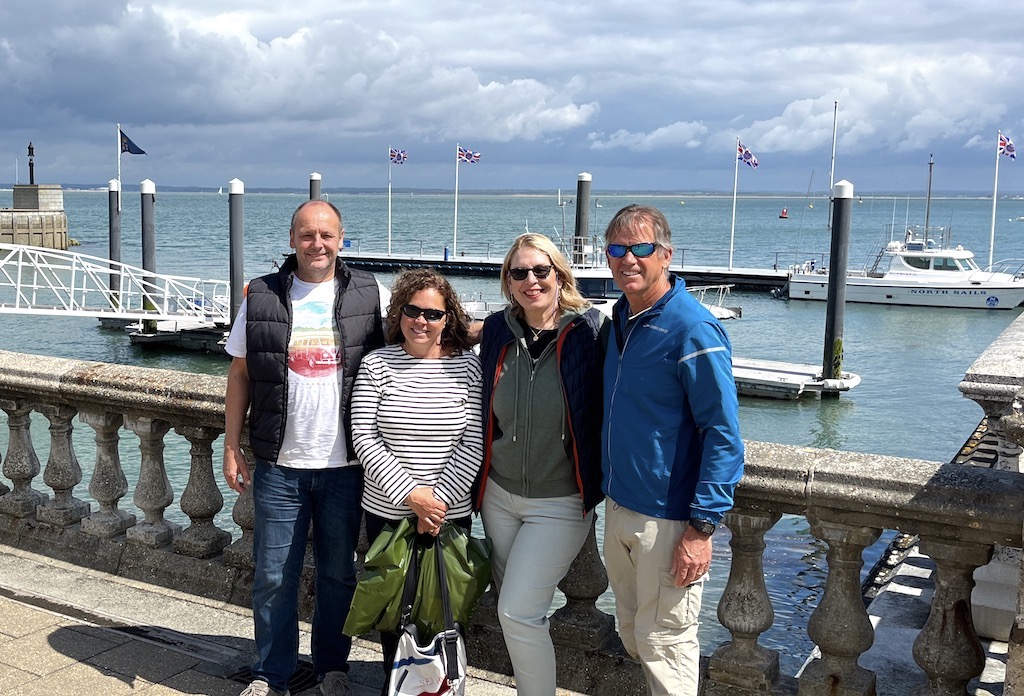 Two summers ago, we met a nice British couple in Greece who were exploring the Mediterranean onboard their powerboat. We had a great evening, with much needed laughter and story swapping. But like many fellow boaters one runs into, you never know if you’ll see them again, and that becomes part of the accepted protocol. I would say it is akin to meeting the folks pitching a tent next to you at a campground, or fellow divers on a scuba expedition, or foodies at a cooking class. You share a common passion, but the reality of crossing paths again is pretty rare. This was the case with David and Allison. We kept in touch and at the start of the next summer, we re-united a couple of times as we collectively explored the Ionian Sea of western Greece. We then bid adieu as Karen and I started our accelerated pace west out of the Med. But they threw out a little carrot over dinner once that they were thinking of switching to be sailors. This was before today’s sky high fuel prices, so they were wise on multiple levels! After our warmup on being hosts to our friends Steve and Julie, we were ready to entertain more friends onboard Sea Rose.